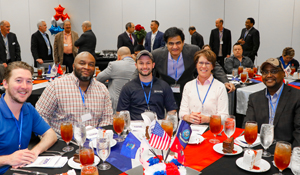 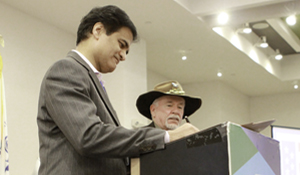 For the fourth year in a row, Caliber Home Loans, Inc. gathered military veterans, reservists, and military spouses from its offices across the country to celebrate their presence in the ranks of the Caliber Home Loans, Inc. workforce. The group, which included representatives of the Army, Marine Corps, Air Force, Navy, and Coast Guard, were honored at a special luncheon at Four Points® by Sheraton in Coppell, Texas, on Nov. 20, 2019.

Other featured speakers included Maria Mendez Reed, the 2019 Armed Forces Insurance Army Spouse of the Year, and Eli Crone, a former Navy SEAL and currently the CEO of Bottle Breacher.