The Challenge Coin – A military tradition with a rich history

Originally designed to recognize and reward soldiers, the tradition of the Challenge Coin within the U.S. military first began 100 years ago. Challenge coins are prized by their owners, and other non-military organizations such as the NFL and NASCAR now issue their own versions.

Caliber Home Loans is proud of their own custom Challenge Coin. Here’s a history of these unique symbols of honor, loyalty and commitment. 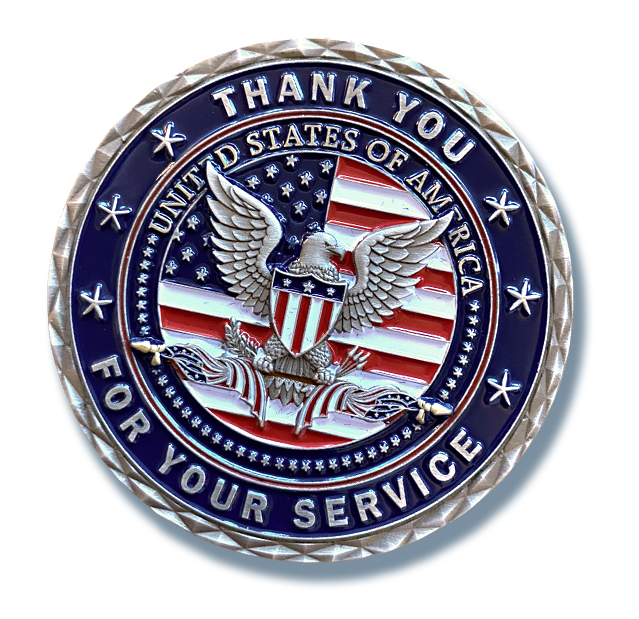 During World War I, volunteers from all parts of the United States filled the newly-formed flying squadrons of the Aviation Section of the Signal Corps (a predecessor to today’s Air Force). One squadron lieutenant ordered a set of bronze medallions illustrated with the squadron’s insignia, presenting one to each member of his unit as a memento of their service together. One young pilot placed his medallion in a small leather pouch that he wore around his neck for safekeeping – and perhaps for luck, too.

Shortly after acquiring the medallions, the pilot’s aircraft was severely damaged by ground fire, forcing him to land behind enemy lines where he was immediately captured by a German patrol. To discourage his escape, the Germans confiscated his military identification, but did not take the medallion. A short time later, he was taken to a small town in France near the front battle line. Eventually the pilot escaped his captors and headed to France.

He avoided arrest by German patrols by changing from military to civilian attire. Eventually he reached the front lines and survived crossing “no man’s land”, when he stumbled into a French outpost.

German saboteurs had plagued the French by dressing as civilians, so the pilot was immediately suspected of being another saboteur. Not recognizing his American accent, and with no military or personal identification available, the French made arrangements for his execution by firing squad.

Searching for a way to survive, the pilot showed his bronze medallion to his captors. One recognized the squadron’s American insignia – and this recognition saved his life. And since American pilots had volunteered to fly in France’s own air force, Armée de l'Air, the medallion earned the pilot respect and gratitude as well.