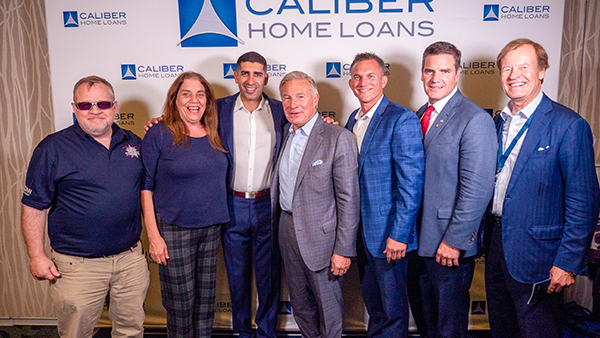 More about the Military Influencers Conference

The annual conference, established in 2016, was created to bring together a community of entrepreneurs, influencers, creatives, executives, and leaders who are connected to the military community.

The MIC includes workshops, keynote speakers, breakout sessions, and interactive experiences. The purpose of this powerful community effort is mentorship, inspiration, and collaboration.

In attendance this year was Captain Florent Groberg, whom Caliber Home Loans, Inc. representatives had the honor of meeting in 2017, as well. Captain Groberg, US Army, earned the Medal of Honor for his actions in Afghanistan during 2012.

Click here to learn more about the Military Influencers Conference.

Click here to learn about past sponsorships that benefit the military community.