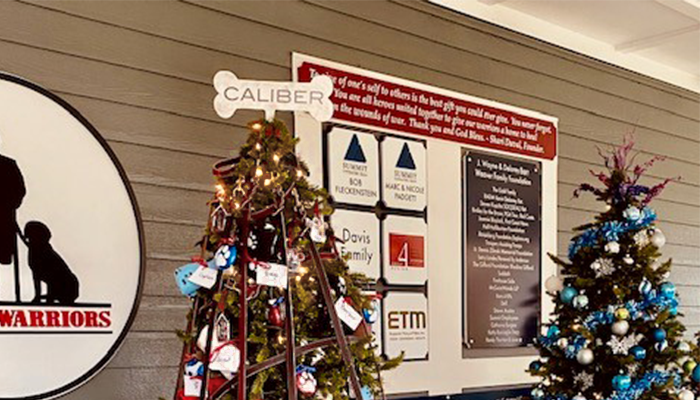 Caliber Home Loans went big this holiday season by contributing dog supplies and money to K9’s for Warriors. As a result, our friends at K9s for Warriors and veterans in need WON BIG! Thanks to the support of several Caliber senior leaders and many Jacksonville-area real estate agents who purchased a total of 331 blankets, 25 leashes, 15 collars, and 12 chew toys for the K9s in training. This is the second year in a row that Caliber has made holiday contributions to this organization. Since 2011, K9’s For Warriors has rescued 1,146 dogs and saved the lives of 596 veterans who are dealing with Post-Traumatic Stress Disability (PTSD), traumatic brain injury, and/or military sexual trauma as a result of military service, post-9/11. 92% of the dogs trained this organization are recused from kill shelters. The K9s for Warriors tag line is ‘Saving a K9 while saving a veteran.’ 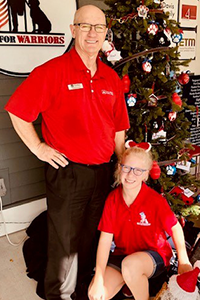 Our Branch Manager in Jacksonville, Florida Aaron Duez said of the recent donations and financial contributions, “It’s nice to be a part of an organization that is all about its veterans – which is the main reason I joined Caliber.” We raised enough money in 2018 to sponsor the training of three service dogs, of which one has already been assigned to a veteran. This service dog was appropriately named “Caliber.” In 2019 Caliber raised enough money to sponsor two dogs to enter training. A third service dog was personally funded by Duez, who contributed 75% of the cost of a dog in the name of a son (Tommy) of a Jacksonville-area real estate agent who lost both of her twin sons to suicide. Aaron also helped raise $18,000 to go towards the cost of a dog that will be named after the agent’s other twin son, David.

To make a tax-deductible donation to K9s for Warriors or to learn more about this organization, click here.