Nineteen soldiers from the Delaware National Guard’s 261st Theater Tactical Signal Brigade were recently welcomed home from their deployment to the Middle East. The event was held June 1st at the Smyrna Readiness Center with Delaware Governor John Carney, Major General Carol A. Timmons, and producers from Caliber Home Loans’ Newark branch in attendance. Members of the state’s Patriot Guard Riders served as flag bearers at the beginning of the ceremony. 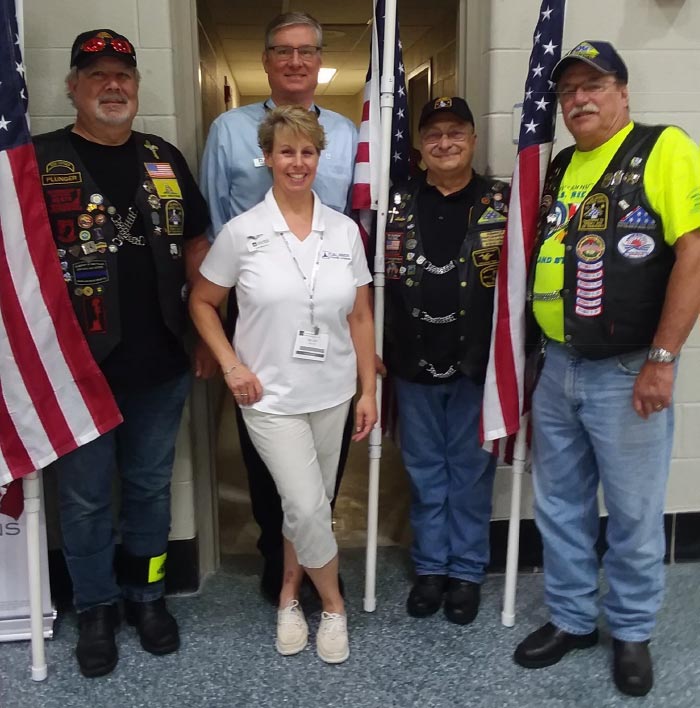 Caliber Loan Consultant Lee Bolton and Branch Manager Gary Huegel attended the event to support the soldiers’ return – one of only two mortgage lenders invited to the event. Lee and Gary networked with attendees and introducing them to Caliber’s military lending programs, community outreach projects and recruiting initiatives.

The returning soldiers spent 12 months supporting Operation Inherent Resolve, based in Kuwait with assignments in Syria and Iraq. Their duties included the provision and support of reliable communications within Central Command’s Area of Responsibility. Their skills contributed to U.S. Joint Services and Coalition forces to defeat ISIS in both Iraq and Syria.

During his speech, Gov. John Carney said he now fully understands what the families and the employers of the soldiers go through, having experienced it himself. His Constituent Relations Director, 2nd Lt. Joe Bryant, was among the 19 soldiers who recently returned.