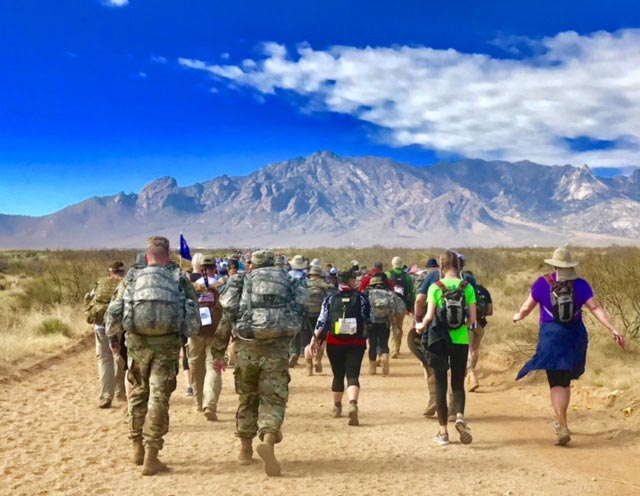 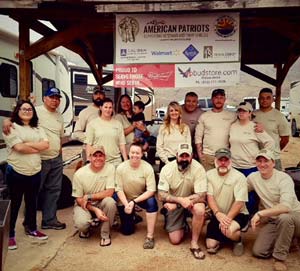 The veterans sponsored by Daphne belong to American Patriots at Shadow Mountain Lake, a non-profit organization founded and operated by other veterans. Located on 4,000 acres in El Paso, TX, the group is currently restoring the land to create a center for healing of our warrior veterans and creation of hundreds of veteran jobs while injecting new revenue into the community.

A native of El Paso, Daphne marched to honor the memory of her father, Fred G. Morris, an Army and Vietnam veteran who currently rests at Ft. Bliss Cemetery. The veterans she sponsored include Tony Lang, formerly deployed to Iran and Afghanistan and founder of the American Patriots at Shadow Mountain Lake. Many of the other sponsored veterans actively assist with supporting other military non-profits.

This event remembers the original 1942 event, when 75,000 American and Filipino prisoners of war were forced to march 65 miles to Japanese prison camps on the main Philippine island of Luzon. Thousands of prisoners perished during and after the march from disease, starvation, or intense heat. Those unable to keep up were often killed by Japanese guards.

To learn more about how you can support the current restoration work at Shadow Mountain Lake, visit them on Facebook or visit their website.