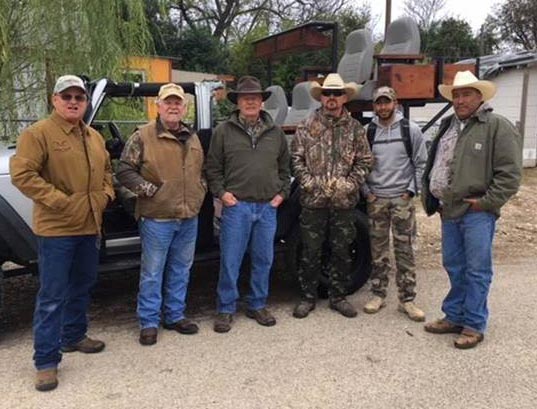 Jim Hawkins is a Sales Manager and Caliber Military & Veteran Lending Professional (CMVLP) in Friendswood, Texas. In November, he hosted his an annual Wounded Warrior Hunt at his ranch.

Jim owns rural acreage in South Texas, and has held four previous Wounded Warrior Hunts with the assistance of his brother. During the 2017 hunt, four local veterans enjoyed three days of hosted deer hunts, together with food, drink and sleeping quarters provided by Jim. A percentage of the hunt proceeds are donated to the Paralyzed Veterans of America (PVA).

In addition to hosting Wounded Warrior Hunts, these veterans were honored during the 2017 Veterans Day Parade in Menard, Texas, appearing in Jim’s triple-decker Jeep.