VAREP members recommended the introduction of federal legislation to assist service members and veterans during the homebuying process. They included:

Conference highlights included appearances by Medal of Honor recipient Jack Howard Jacobs and Iraqi War veteran Melissa Stockwell. Both Jack and Melissa have displayed admirable courage on and off the battlefield. 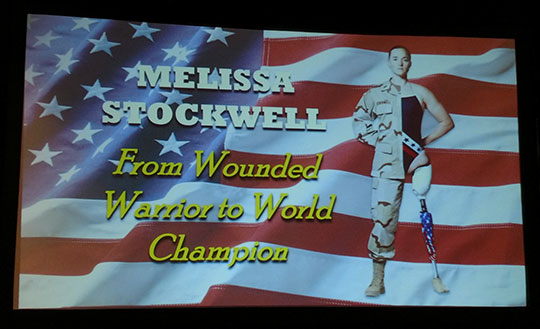 While serving as platoon leader in Iraq, Melissa Stockwell’s vehicle was struck by a bomb, resulting in the loss of her left leg above the knee. Her recovery evolved into athletic achievements as Melissa earned a spot on the U.S. swim team for the 2008 Beijing Paralympics. Later, she advanced to triathlons and is currently three-time Paratriathlon World Champion in the TRI2 division.

While serving in the Vietnam War, retired colonel Jack Jacobs (then a 1st Lieutenant) and his battalion was ambushed by enemy troops. When his company commander was wounded, Jacobs assumed command, established a new defense line and evacuated his commander and other wounded. Jacobs was credited with saving 14 lives while under constant enemy fire, single-handedly dispersing three separate Viet Cong squads while bleeding heavily from head wounds.