Caliber continues to make its presence known in the community despite the devastation caused by Hurricane Michael.

Aimee Vershaw-Bright, a Team Loan Consultant with Caliber Home Loans, was not deterred by the storm. She and her family have been stationed at Tyndall AFB for five years and are committed to serving military men and women.

There are two annual holiday events that are near and dear to Aimee: the annual Cookie Caper Drive for Airmen and “Stuff the Bus,” benefiting Toys for Tots. After the devastation Tyndall AFB suffered, she understood the importance of keeping these holiday traditions intact. 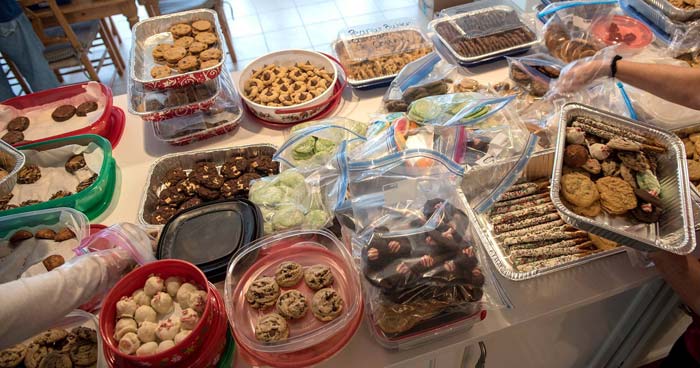 Aimee has helped organize and execute the annual cookie drive for Airmen the past four years. Normally the Cookie Caper volunteers collect over 600 dozen cookies from community members. Then the cookies are packaged and distributed to young Airmen living in the dorms, many of whom are away from home during the holidays for the first time.

This year, Aimee and the other volunteers were not able to deliver to the tents. Due to the damage sustained to the dorm buildings, the Airmen were living in a “tent city.”

Over 400 dozen cookies were collected and distributed to staff in the Tyndall Airmen and Family Readiness Center, other buildings that were open, and to those that were helping rebuild the base. This happened to be the two-month anniversary of Hurricane Michael and the day the base was reopening. Both Airmen and civilian employees were coming back to work for the first time. “The cookie delivery ended up being a good morale booster, as people were witnessing the destruction. The Airmen were grateful and appreciative and a lot of hugs were shared,” Aimee said. 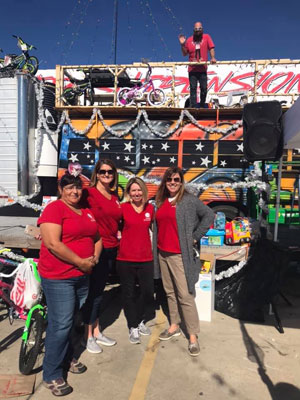 “Stuff the Bus” - Toys for Tots

Aimee and her family donate every year to the local Toys for Tots Toy Drive. The Bay County local drive operates with zero overhead and all the donations stay in Bay County to support families in need. This year was especially important after Hurricane Michael, as the need was even greater.

The Marine Corps Toys for Tots toy drive received an overwhelming 33,000+ toys to help save Christmas for the children in Bay County following Hurricane Michael. Aimee helped sort and package toys for local agencies to distribute the donations. Needless to say, the number of donations was inspiring.

Aimee is active in her community all year long. When she’s not originating loans for Caliber, she’s serving on the Military Spouse Club’s Executive Board. She is also a member of the Community Action Board at Tyndall. This group focuses on the physical and emotional needs of the Airmen and their families.  When asked where she finds the extra time to help, she responded, “I am grateful to work with a team that supports and encourages my volunteer work on base. Giving back to my community is important to me and is something I always make time for at each duty station.”