This was a formal event to show the Flatirons Community Church's support and appreciation for the men and women who have served, and continue to serve, this country in the U.S. military forces. Both active duty and retired military were invited, and were given the option to wear dress blues.

Highlights of the evening included featured speaker Rourke Denver and Dutton and Thomas' chance to give Caliber Challenge Coins to several Air Force and Marine Corps veterans. Each coin – including one to the father of a fallen Navy SEAL – was received with awe and gratitude. Caliber was proud to be a sponsor of this event. 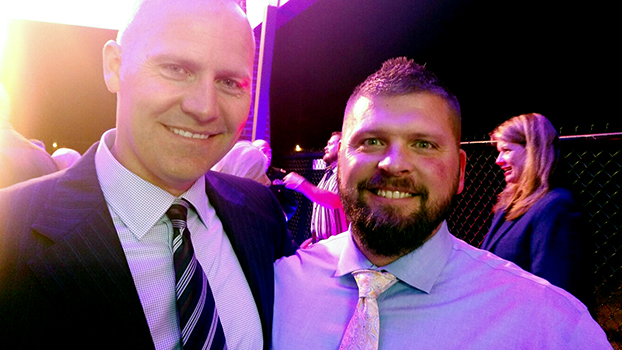