On a rainy July 3rd, around 200 people took time to honor a Vietnam Veteran.

Except for one brother, none of the attendees had ever met Daniel Hastings. They were not related to him. But every man and woman who attended were fellow Americans, who believed that every soldier should be shown respect and gratitude for their bravery and sacrifice. Hastings had been the only survivor of his Vietnam platoon.

See a local Tennessee news station’s coverage of the event here, and learn how one of Hastings’ few friends searched for a few people to attend his funeral and was rewarded beyond her dreams. 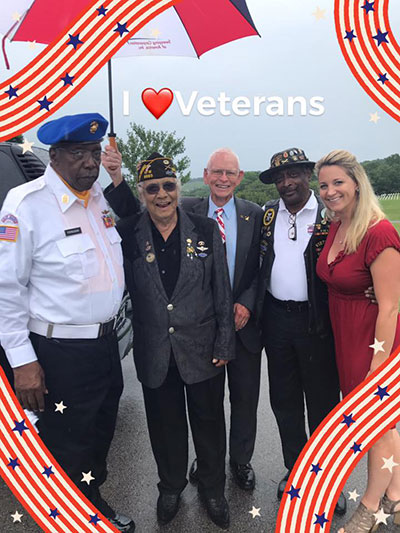 Caliber’s Erica Kelley (far right) with other veteran attendees,
including the great-grandson of Apache legend Geronimo.